Elect Dr. Eugene Allen for California Insurance Commissioner 2022. Community leader, activist, and family man, has decided to represent the residents of California. With the encouragement of democratic leaders, state representatives, and local mayors, Dr. Allen decided to bring his platform before the people of California. The belief in helping your fellow man – is truly the backbone of this campaign. Standing with those who have no representation or voice, Eugene Allen is the choice for California insurance commissioner 2022.

Dr. Allen has been active in the various communities, along with his wife, Dr. Connie Yu Allen, and their children. They’ve attended numerous events to provide aid to the homeless, while feeding families with no income. Dr. Allen is committed to standing with his fellow man – living the act in real time. The Los Angeles communities are speaking out loud and clear. It’s time for a career politicians to be active in the community and do the job or leave office. Vote to elect Dr. Eugene Allen for California Insurance Commissioner 2022.

Who is Dr. Eugene Allen

Dr. Vinson Eugene Allen is a leader with over 20 years’ experience working with elected officials and local organizations to improve his community. In 2019, Compton’s City Council presented Dr. Allen with the City of Compton’s Recognition and Appreciation Award for Citywide Testing for Breast Cancer Awareness.  In response to the COVID19 pandemic, Dr. Allen created a family foundation focused on supporting the community. Through the foundation, Dr. Allen and his family have provided food to the unhoused and quarantined, and tested for COVID19 for free. Dr. Allen is also well known in Southern California for his annual Thanksgiving Turkey Giveaway and Holiday Toy Drive during the holiday season for families in need.

Eugene Allen was born in Cleveland, Mississippi to Essie B. Allen. Essie B. died when he was 9 months old. Dr. Allen never knew his father, who also passed early in his life. He was brought up by his grandmother, Rosia H. Miller. Born in 1900, Rosia was the granddaughter of slaves. He recalls never seeing her cry. She taught Dr. Allen to be fearless. Dr. Allen graduated from East side High School and went to Delta State University, where he received two college degrees. He then spent one year teaching Biology and Chemistry and coaching football at Clarksdale High School. 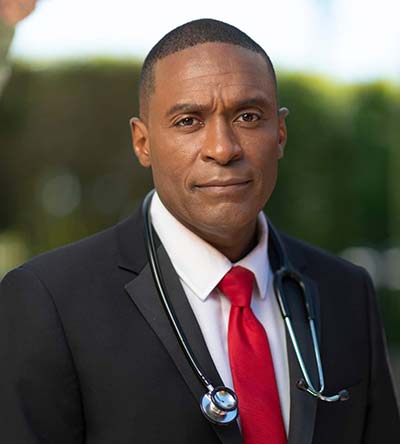 Dr. Allen and Dr. Connie Yu Allen have served the Los Angeles community for years. After his residency training, Dr. Allen opened his first medical clinic in the Los Angeles Area. With multiple locations around Los Angeles today, Dr. Allen has served thousands of patients. He and his family are also known for their charity. Each year, the Allen family works with community leaders in Los Angeles to hold a turkey and holiday toy drive.

Recently, Dr. Allen created a family foundation to expand his community support. As a doctor and small business owner, Dr. Allen has experienced the failures of California’s insurance system, personally. Once elected, Dr. Allen will convene major insurance groups, consumer groups, and other stakeholders to address the full scope of our insurance industry. It’s time we have someone in office that isn’t thinking about the next higher office.

Dr. Vinson Eugene Allen sits down with Marisol Rubio, to discuss the key issues concerning the impact of Insurance premiums of all Californians.

The San Francisco Bay Area Hispanic Chamber of Commerce interviewed Dr. Eugene Allen who is running for California Insurance Commissioner in 2022. Marisol Rubio is Director of Government Relations for SFBAYHCC.

OUT OF THE DELTA: The Dr Vinson Eugene Allen Story

Dr. Vinson Eugene Allen, the owner of seven Dusk to Dawn Urgent Care Clinics in California and candidate for California’s Insurance Commissioner, shares his inspiring story of being born into poverty in the Mississippi Delta, only to survive and become one of California’s most successful doctors. Eric J. Chambers reports. 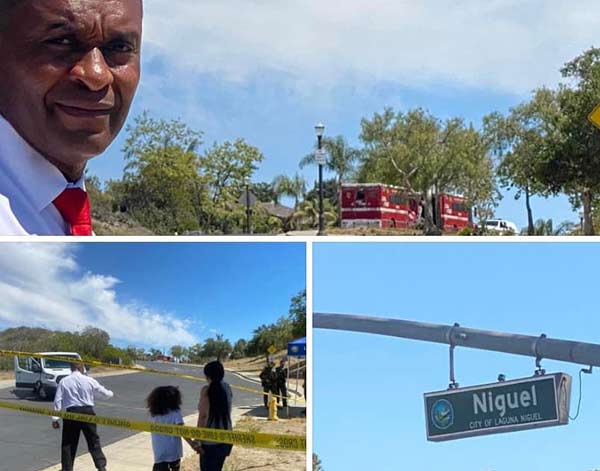 Dr. Vinson Eugene Allen Candidate for California Insurance Commissioner and his family visiting the city of Laguna Niguel site of the devastating first that burned throught multiple homes. Dr. Allen speaking with displaced families because of the fire. Currently the one candidate, that has visited the fire struck community.

Fighter for the people

Dr. Eugene Allen, known throughout Los Angeles for feeding thousands during the onset of the pandemic, is making a first-time bid for statewide office.

During an award ceremony with San Gabriel Mayor Chin Ho Liao, Dr. Allen announced his candidacy, as a Democrat, for the office of Insurance Commissioner. Allen pointed out during his speech that he is running on a platform of fairness, equality and transparency. The doctor further spoke about many concerns of California residents. READ MORE